After some 54 days and hindrance by Herefordshire Council management, my brother eventually visited his family home, staying for a long overdue short break.

I noted while my brother was with us, he was in some discomfort. Later, when helping him to bathe and dry I saw his toes and nails were once again not cared for, this I believe was the cause of the discomfort, evidenced in the photo below. 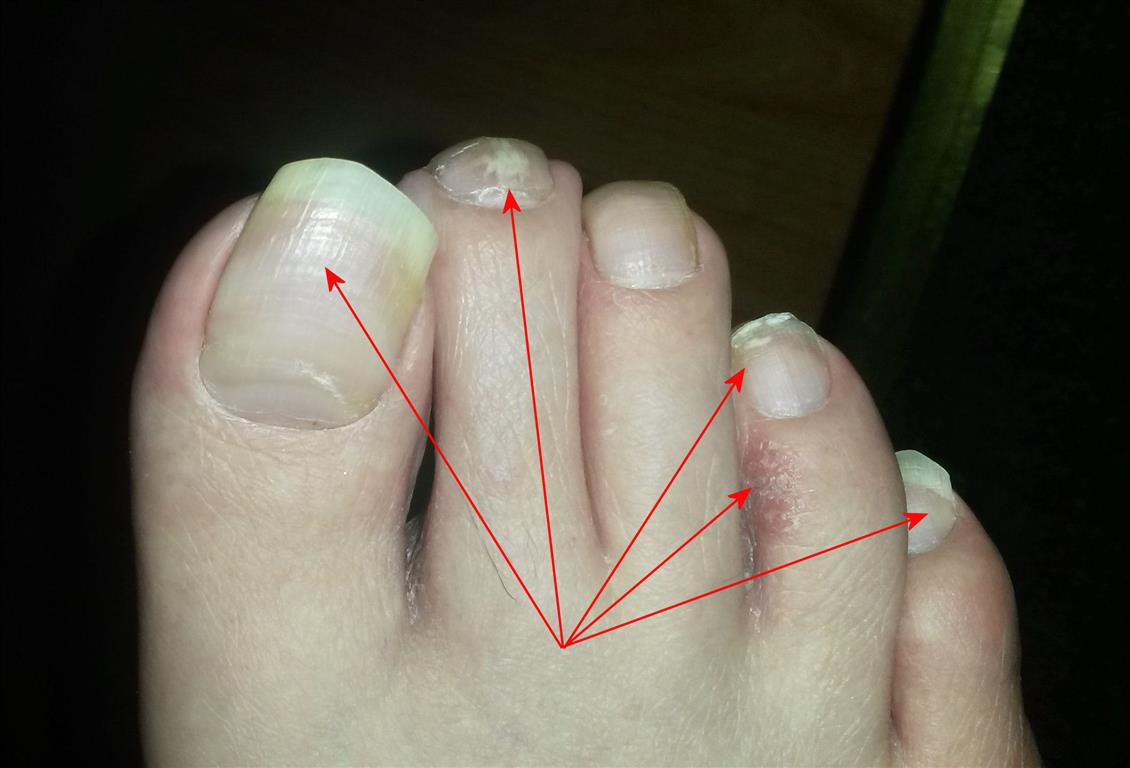 Once again I had to intervene, arranging for my brother to visit his podiatrist clinic, as the home’s staff had made no plans for a visit. If left once again I believe the infection would take hold and need repeat treatment. For most they could address this themselves, but for a vulnerable disabled person who needs competent care, and support with making appointments, such is not acceptable.
Since December 2017, I have spoken with a total of six care professionals, not including social workers or G.P., all agreed on seeing photos that my brother had a fungal infection and that his nails needed attention.

David Watts (The Priory Group) claimed some time ago that the recurring concern of nail care had been addressed.
Further, the DoLS assessor, SM of Herefordshire Council, worryingly recorded in the recently granted deprivation of liberty authorisation AW of H House claimed the nail concerns have been resolved, this can be seen below in the redacted document below. 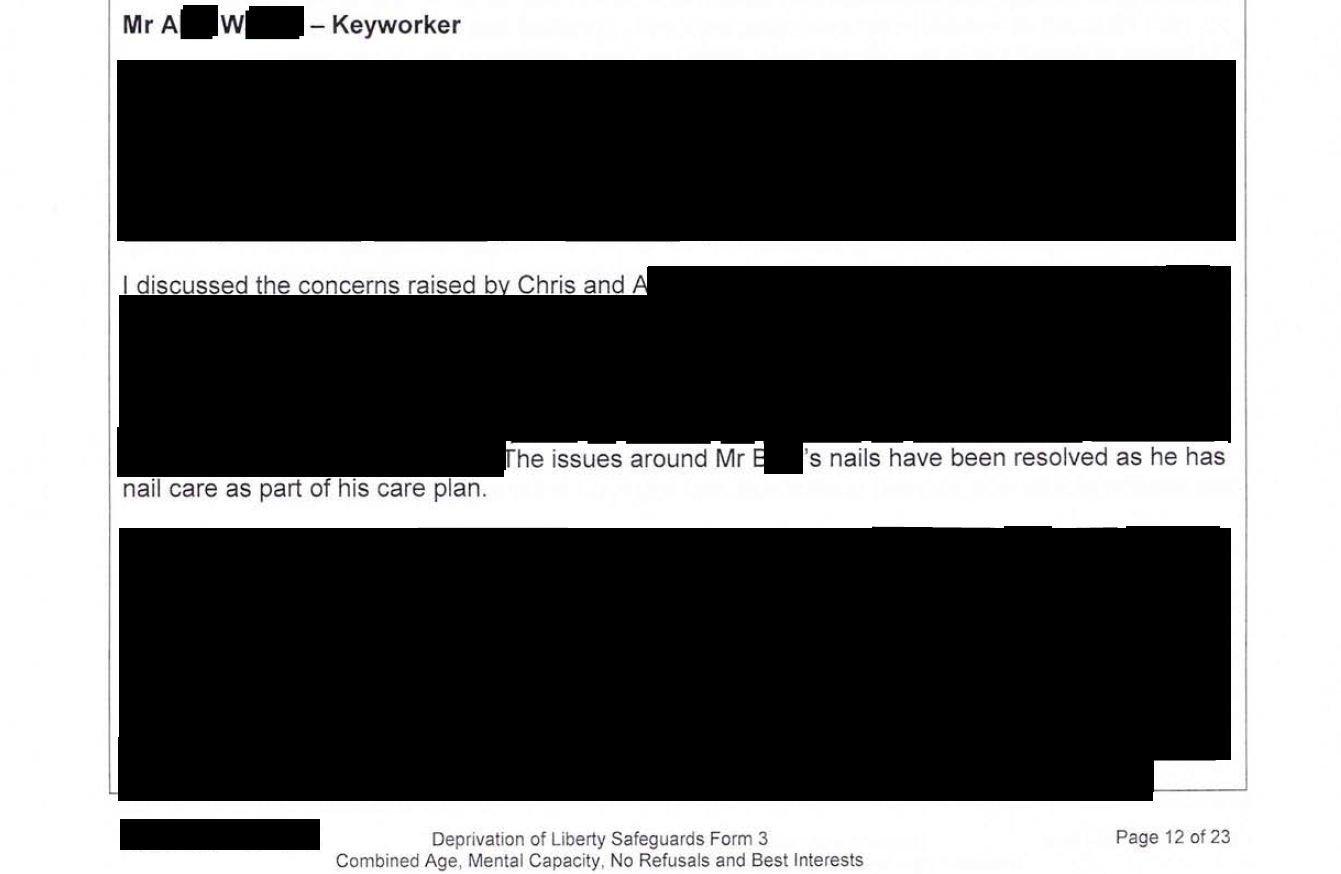 As you will note, the photo taken after the above statement was made, conflict.

Even though the claims made by Priory Group staff are untrue, Martin Samuels (Director for Adults and Wellbeing at Herefordshire Council) signed form 5 of the DoLS documentation, granting authorisation without checking accuracy or truthfulness of the content of the DoLS assessment forms: which contain more serious concerns.

In light of the claims made in the DoLS assessment, and the lack of accuracy and truthfulness, I have submitted a freedom of information request, which can be viewed here: FOI Deprivation of Liberty Safeguards Authorisation