Since receiving the letter of December 2016 from DW (Director of Risk and Safety) at The Priory Group demanding that I do not complain about my brother’s recurring and on-going inadequate care and support provided, and the wilful ignorance by some Herefordshire Council staff, I continue to monitor the institutional abuse of my brother.

Below are photos taken last week, when my brother was eventually allowed home after some fifteen wilfully ignored requests; and almost 59 days without contact with his family.
You can see in the photos that my brother’s fingernails remain filthy and unkept and at least one finger appear swollen as though infected, contrary to the social worker, EG, assuring me that this would be addressed and not occur again. 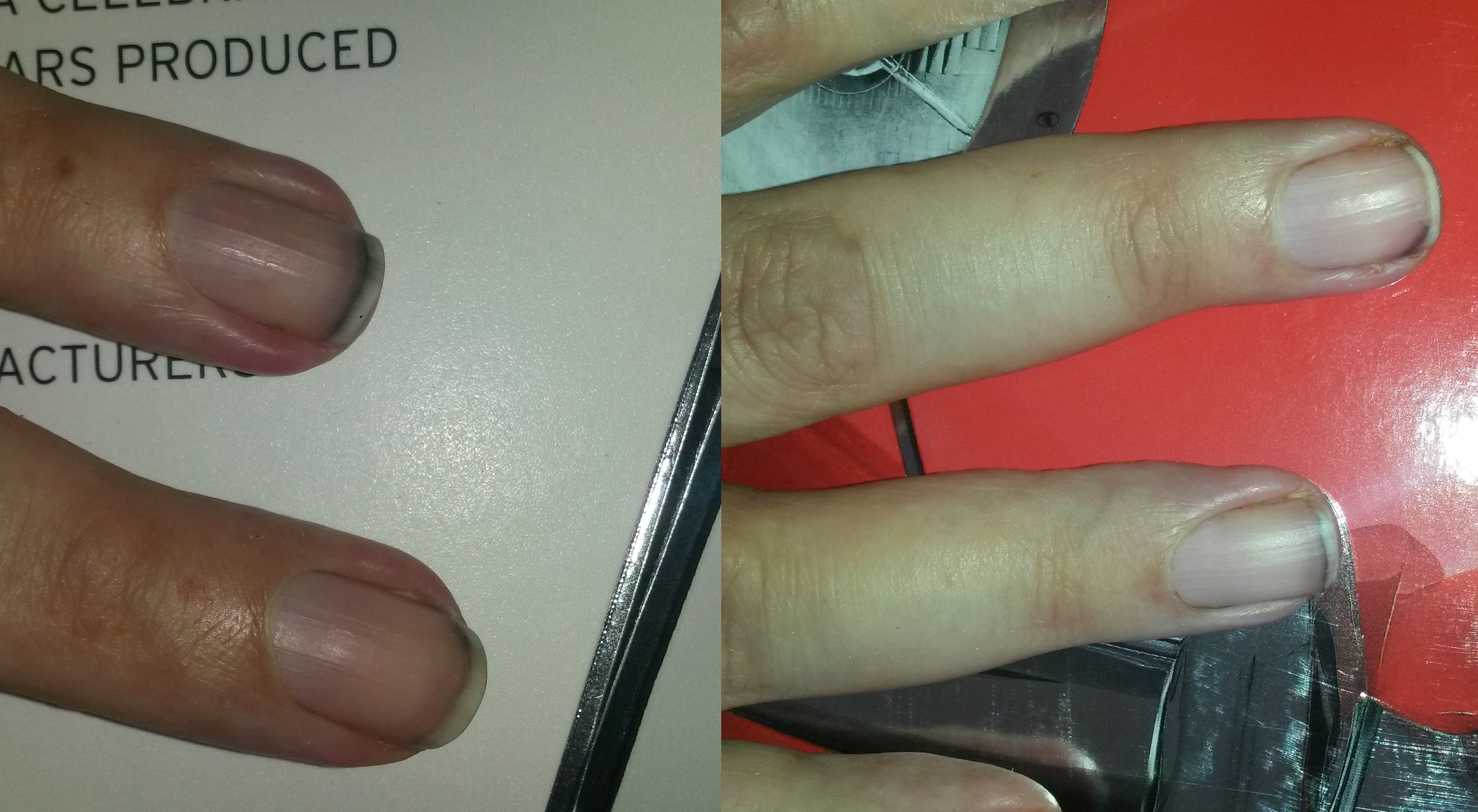 Below is a communication from the assigned social worker at the time, EG, to a staff member of Herefordshire Council, claiming not to recall seeing photos shown to them some 282 days ago on September 14th, 2016. 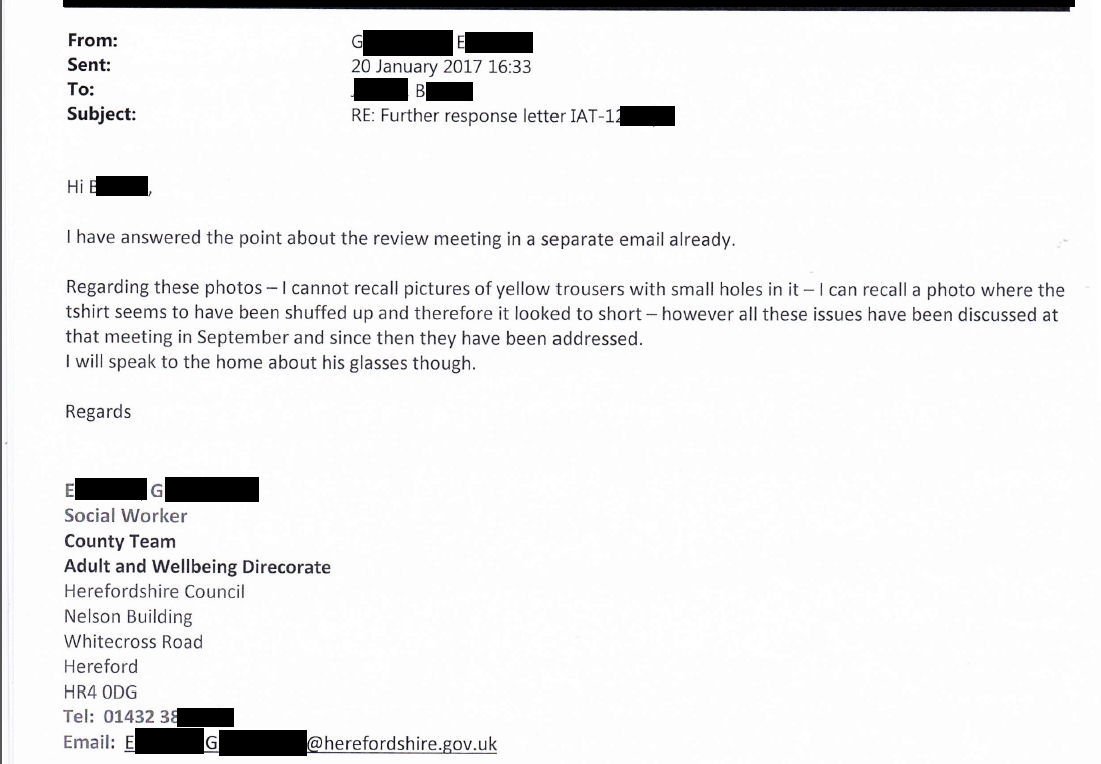 I believe the lack of recollection of specific photos and the comment “I recall a photo where the t-shirt seems to have been shuffed up and therefore it looked to short” is contrived ignorance of the fact my brother’s t-shirt was ill-fitting and needed replacing.

As far as I am aware, the social worker, EG, remains involved with vulnerable individuals, and to date has not been held accountable for allowing ill-treatment and inadequate care and support to continue.