Below is a redacted copy of yet another specious letter I received from DW of The Priory Group, dated 13th June 2017, regarding the phone that was confiscated from my brother by carers in November 2017. Along with DW’s letter were attached some blurry photos of the phone my brother loaned and a previous letter relating to my emails including the phone and damage to my brother’s PC. Email of 5th June 2018 and email of 12th October 2017


There are issues with DW’s letters and attached images, notably after stealing the phone from my brother someone compromised the security of the phone to gain access and then tampered with it and deleted data. Even with the blurry photos DW supplies, he gives no evidence of who made any video recording nor do his stories match a specific video. Further, his allegation that my brother did not consent to have the phone is untrue; my brother and I worked with the device on the rare occasions he was visiting his mother and me at the family home, to ensure it met his needs; this took many months. It is also, in my understanding of the law, discriminatory for DW to deny my brother of a device that has recording capability. By breaching the security of the phone loaned to my brother DW and his colleagues also intruded on my personal data without permission.


DW keeps changing his version of why his excuse for taking the phone off my brother and denying him of private and family life was justified. I can identify after reviewing further recorded video, what my brother was telling me, and before the phone was taken from him.

As a side note and from experience, while DW’s specious letter may give an impression of desiring to co-operate, he has since I first raised concerns for and on behalf of my brother, disregarded recurring and ongoing concerns, blocked communication for many months, ignored my brother’s rights, assisted inadequate care and support, and attempted to justify institutional abuse.
As matters have been permitted to happen and recur for such a substantial time, without improvement for my brother, I have no desire to engage any more than I already do with DW or his Priory Group colleagues who have caused my brother to regress and who has denied my brother of the care and support he should have and needs, nor do I wish to be associated in any way with a company who appear to place profits over individuals health and wellbeing. I consider three years is more than ample time for them to have improve my vulnerable adopted brother’s situation.

In the interest of transparency, below is a photo of the envelope addressed to DW which he refers to in his letter of 13th June 2018 as being angry and profane, I believe I am justifies in using the commonly accepted word in brackets, particularly in consideration of the lies, broken promises and length of time concerns of inadequate care and support have been permitted to recurred and continued. 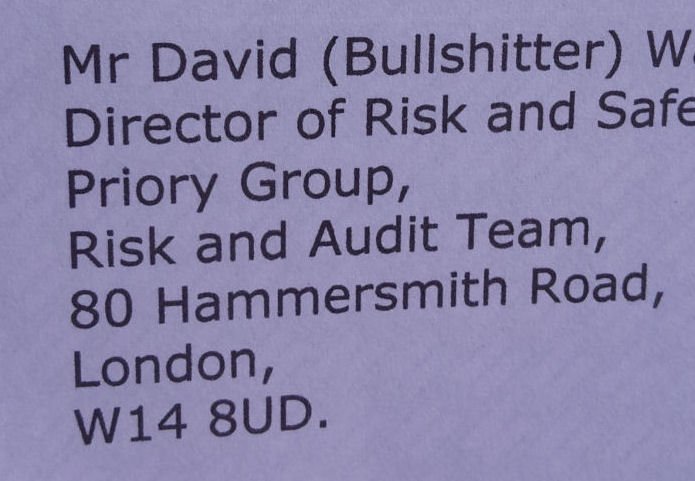 Below is a censored still frame from a deleted video I recovered from the device, of AW and LP tampering with the confiscated phone, and a transcript of their conversation 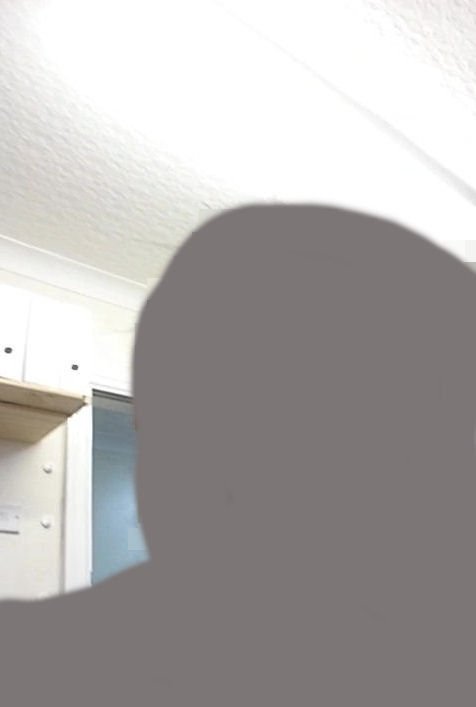 Regarding protected evidence on our site, which DW has requested we removed, I inform DW I will not be deleting evidence.