Since reviewing my vulnerable brother’s care and Support Plan that was created by the social worker Ms EG, which I was denied of since September 2016, I find it contains considerable documented false information.
I have contacted The Office of The Chief Social Worker regarding the fitness to practice of the social worker Ms EG.

One such piece of factually incorrect information is on Page 3 (see below) which says that my brother’s freedom to make choice is respected, to date this has been severely restricted as emails for the past two years show. The Priory Group blocking communications for and on his behalf, denying him of his choice of visits home and telephone contact with his family.

Page 3 of the care plan (redacted) 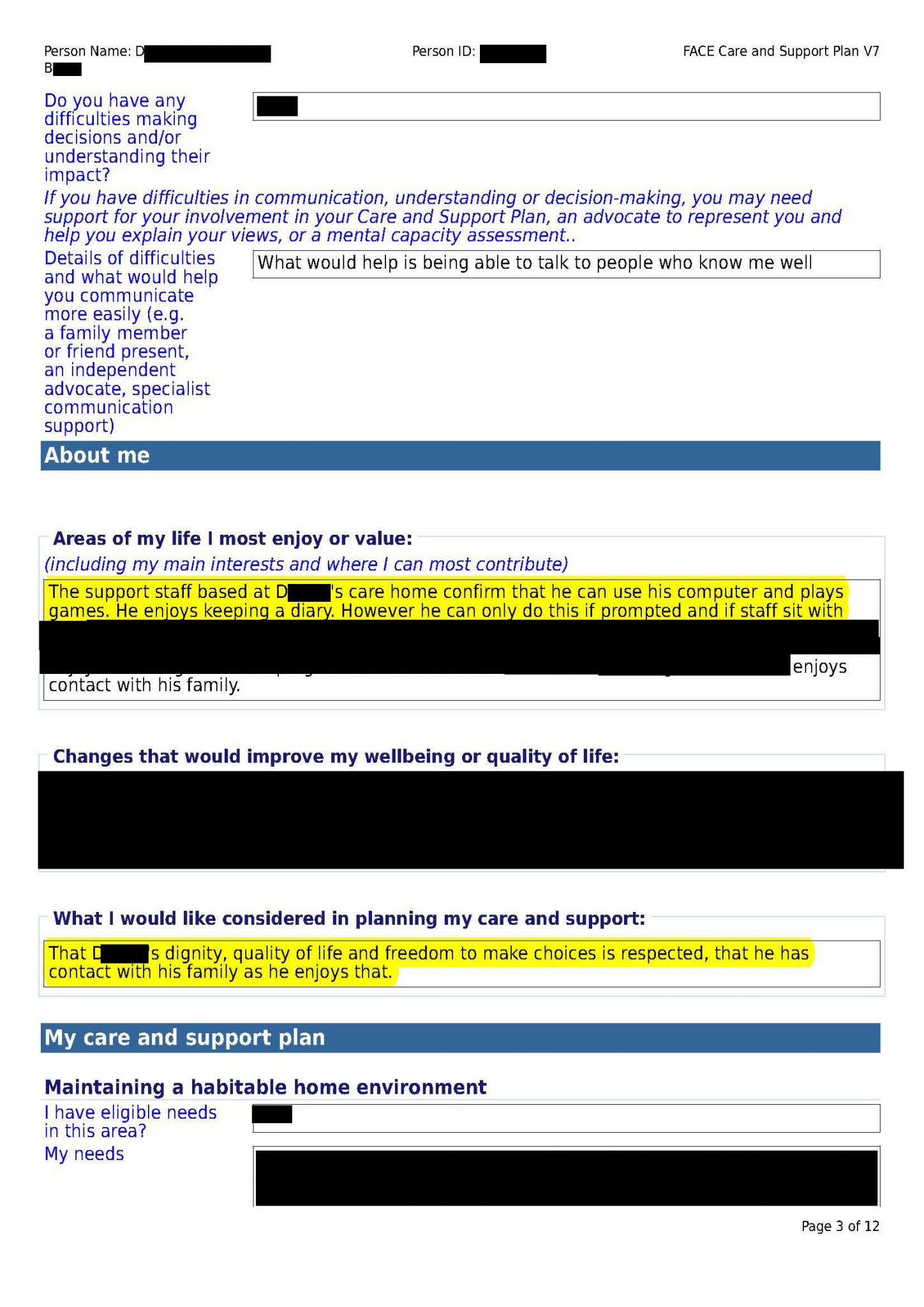 Further and of concern is that it is documented that Priory Group staff claim he likes to play computer games and keep a diary, with support. For some time I have been gathering evidence from my brother’s PC.
The evidence collected shows that the Care and Support Plan information is false. My brother only playing one of his favourite games once recently and only writing a short diary entry once between 7th August 2017 and 10th September 2017, even though it is documented in his regimental activity planner he spends an hour a week writing his computer diary.

Below is a screenshot from part of the software used for gathering evidence, the random key presses are those where he played a game for a short time.

It is becoming ever more evident to me that the neglect and institutional abuse of my vulnerable brother extends to many individuals from Priory Group staff, Herefordshire Council staff, social workers, DoLS assessors and advocacy service staff. I fail to understand why so many people have wilfully ignored concerns and allowed poor care and support to continue for so long.

I remain confident that a legal firm will take on our case of negligence and that it can be brought before a court of law.