I had requested to view my brother’s care plan since November 2015, without success. Denied by both Herefordshire Council and The Priory Group. The social worker EG’s created FACE Care and Support Plan V7 document being the most recent that I asked to review for accuracy and which was denied.

However, I have obtained a copy and have had the opportunity to read the content. It is evident to me that not only was my brother provided with a negligent advocate (BS of Onside Advocacy) he was also given a social worker (EG) who was not only bias but also careless, as the care and support plan shows.

One of the most concerning issues in the document is the omission of my brother’s named GP and the recording of a GP practice and contact details where my brother was not registered and never has been. Which can be seen in the highlighted and redacted scan of the FACE Care and Support Plan V7 document, page 2, below; along with other missing details. 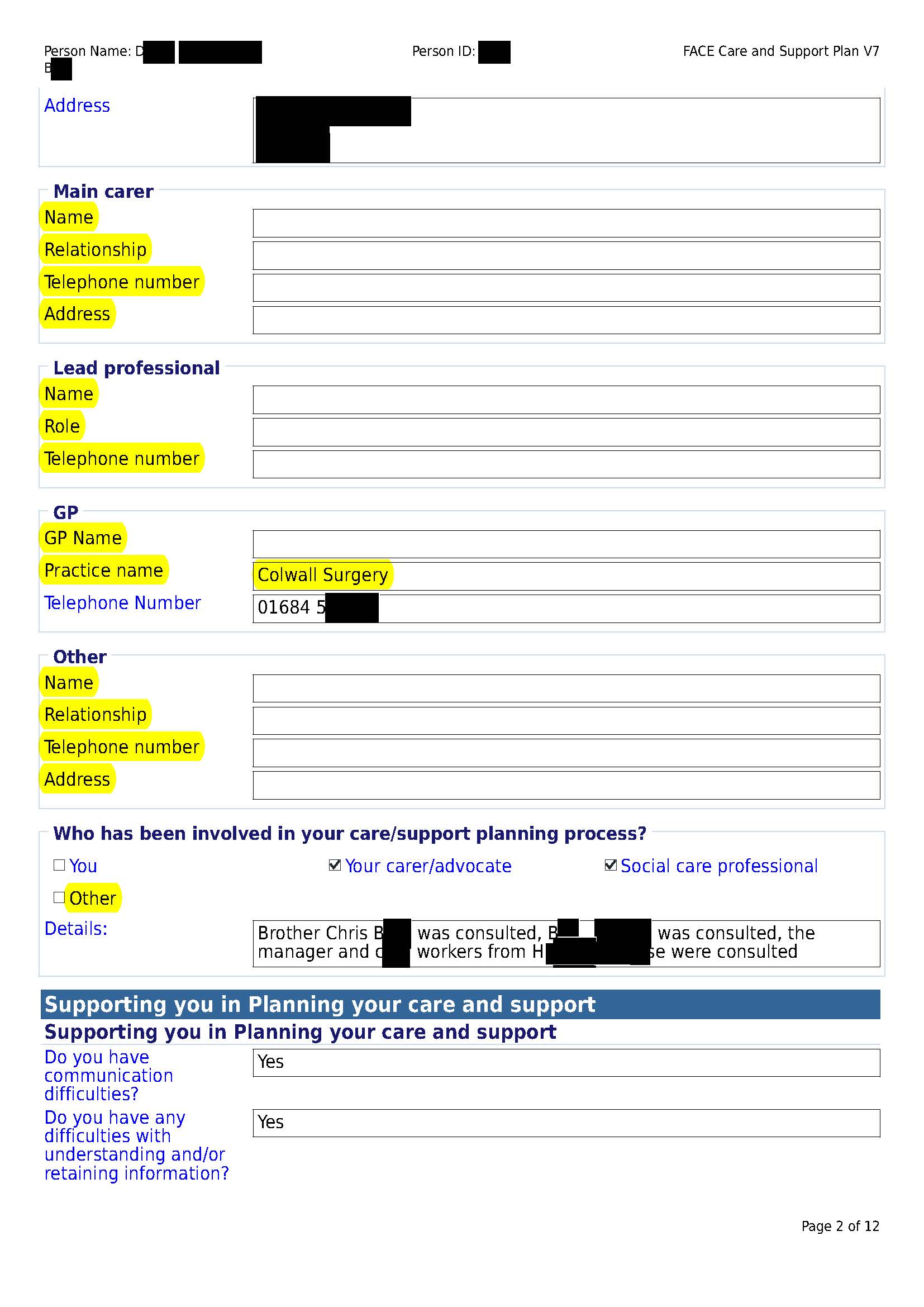 Further, there are false claims and inaccuracies in the document that should have been checked, yet were ignored and allowed to remain in records without question.

I will be writing to Herefordshire Council and Gloucestershire Council concerning the negligence of the provided social worker EG, as I believe all documents created by this social worker, between at least July 2016 to the present, should be examined for accuracy and truthful information.
I believe a vulnerable person could potentially come to harm due to inaccuracies recorded in the social worker EG’s reports.

I will be posting an update on the blog once I receive replies.

I continue to seek legal redress for my brother, for negligence and what has been permitted to happen.